Colonels are characters and a type of soldier in Just Cause 2.

Not to be confused with Colonels in Just Cause 4, a soldier type in the Black Hand.

Colonels are high-ranking members of the Panau Military. They can be found at numerous locations throughout Panau, but are generally located inside military bases and cities.

Colonels are estimated to be roughly 240-250 cm (~7.5 ft) tall, armed with heavy weaponry and are equipped with red armor that is impenetrable to bullets. They are also surrounded by a team of highly trained and heavily armed officers. The only weapons that will harm them regardless of where you hit them are heavy weapons, like Vehicle mounted weapons, the Minigun, and obviously explosives. A few head shots will reduce health quickly though, allowing them to be killed with even a low-level pistol.

During Panau's enormous military increase, tax dollars were wasted to give Colonels huge paychecks. Almost all Colonels have large mansions (some are stationed at their estates), most have their own private helicopters, one has a private jet and one has a solo propeller plane.

The standing place of a colonel is scripted to give level 2 heat if the player is spotted near a colonel or his area of operation. However, this will not vanish after the colonel is assassinated. Instead, any colonel's area will always be restricted and being near the colonel's zone will also cause any military traffic to approach your position. If spotted, you will get level 2 heat. This can be a serious problem on several places that have mounted guns or firepower that is much greater than yours. Also in Panau City and other civilian settlements, if you don't want to be disturbed in your activities by hostile Panau Military troops, evading heat a few times may cause the restriction to disappear. Hiding in covered, elevated, and concealed positions will help ease the tension between Rico the Panauan Military in the area.

All colonels are armed with Machine Guns. Colonels' bodyguards are equipped with any combination of Assault Rifles, Shotguns, and their own Machine Guns.

During certain missions, colonels that do not count towards the overall amount of colonels killed may appear, some serving as the player's objective.

There are many different colonels. Most of them have strange hobbies and/or personalities. The reputation and activities of colonels (described in the PDA) are often against military morale. Many colonels drink, smuggle, cultivate drugs and more.

It seems there are several Muslim colonels as well.

Examples of their diversity:

"Colonels are heavily armored. Go for headshots!" - The in-game description when first encountering a colonel.

Each time you defeat a colonel, you'll receive 1000 chaos points, $5000 and also the morale in the area will supposedly be reduced. This can also be means of unlocking the next mission.

There won't really be any effect on the soldiers; the loss of morale is just text on the screen. In fact, they seem to start shooting at a faster rate if you kill the colonel first.

You will unlock the "Professional Hitman" achievement if you kill 25 colonels.

There's a total of 50 colonels in Panau. An in-game list of colonels can be found in the PDA.

Seen through the sight of a Sniper Rifle. 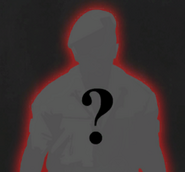 The PDA picture of all Colonels.

All colonels have multiple bodyguards.
Add a photo to this gallery 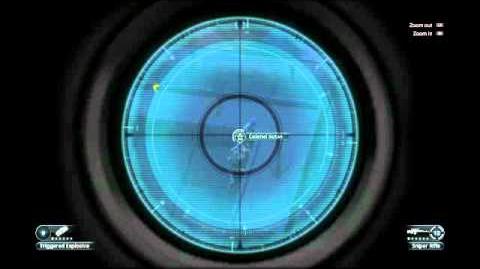 Retrieved from "https://justcause.fandom.com/wiki/Colonels?oldid=167114"
Community content is available under CC-BY-SA unless otherwise noted.