Just Cause: Mobile is a future game set in the Just Cause Universe.

Notice: Just Cause: Mobile is not being made by Avalanche Studios, so presumably it shouldn't cost any development time/effort from Just Cause 5, unless Square Enix - the publisher that provides Avalanche the money to create Just Cause games - cuts funding and recourses for JC5 and transfers it to JC:M.

Quote from the official site:

FREE TO PLAY ON MOBILE

The following quotes are from the FAQ section:

Q: "Is Just Cause a mobile-only series going forward?"
A: "We are committed to the Just Cause franchise. Our current plans do not involve making the series mobile only."

Q: "Are you working on a new Just Cause game for PC and console?"
A: "While we understand fans are eager for a new Just Cause console/PC release, we have nothing to confirm at this time. However, we remain as committed as ever to the future of the franchise and to our fans."

Q: "Can you play as Rico in Just Cause: Mobile?"
A: "Just Cause: Mobile players will create their own custom character as the protagonist. You will be able to customize your character’s appearance, as well as choose the armor and gear that fits your personal play style and aesthetic preferences."

Just Cause: Mobile was released in Singapore as an early access beta as of november 2021. Little is known, but this seems to have happened on the 17th/18th of November (depending on time zone). Click this link for gameplay footage on YouTube. It's not known which parts of the game are in the early access version and which parts are not. There is at least the first mission included and probably more of the campaign. Multiplayer does not seem to be available in early access.

Later, on 2021.07.12, it was announced that the game would be delayed until further notice due to Covid 19-related reasons.

On 2022.04.22, it was announced that some game modes are available for "regional early access" in Thailand, Singapore, Philippines and Malaysia.

According to the trailer, official site and a Square Enix press release, there are four game modes.

As mentioned in a in the video description (at YouTube) of the second trailer, "As you start your journey as an agent, Rico Rodriguez & Annika Svensson will be among the mercenaries you'll encounter, giving your player character missions and intel."

It should be noted that Rico's profession is not a full time mercenary, even if it is stated in the posts.

The game is set in Pradesh, a fictional nation. The player plays as a customizable protagonist, who is an Agency recruit and later Firebrand agent. From what can be seen from early access gameplay, the story seems to focus around the Agency's conflict with Darkwater, remnants of the now disbanded Black Hand, as well as the protagonist's hatred of Rico Rodriguez, who allegedly killed the protagonist's family.

Quote from an article from some sort of Square Enix "press":

"Experience an all new action-packed story set in the Just Cause universe. As a member of the Agency's secret program, Firebrand, explore large open-world locations and take on Darkwater forces and form alliances with well-known characters from past Just Cause iterations."

Quote from a post on the official Just Cause Mobile Discord server:

"Rico Rodriguez & Annika Svensson are among the mercenaries you’ll encounter, giving your player character valuable intel as you start your journey as an agent!

In Just Cause: Mobile, you play as a new recruit in a special ops division named Firebrand. Rico will be one of the characters you meet as you take on a new militarized threat… Darkwater."

"Your first day as a new Firebrand agent gets off to an explosive start! A private army known as Darkwater attacks your base, leaving chaos in its wake. Your task is to investigate Darkwater and uncover its true motivations before regional tensions escalate into something worse..."

"Team up in a 4-player squad to complete challenging missions where players will take on waves of enemies. Select the perfect loadout and blast your way through tough enemies like heavy tanks and armoured mechs!"

"Compete online in fast-paced Just Cause multiplayer! Three teams of 10 players fight to secure bases and score points as they battle across a sprawling map while wielding an explosive arsenal of weaponry & vehicles. Players can also form clans with teammates to earn big rewards."

"Looking for an extra challenge to test your skills? Challenge Mode will task you with hitting high scores across three distinct challenges ranging from causing destruction to getting the best lap time. Earn extra rewards for your agent by completing the Destruction, Wingsuit and Race challenges."

The player character can be customized with different types of weapons, equipment (outfit and possibly functional body armor), "action gear" (Rico's signature equipment: the parachute, wingsuit and grappler), and "accessories" (aesthetic clothing, such as chest rigs, gloves). Each item can be levelled up. It's still unknown how many items there are, how many levels each item can be upgraded to and what the items do depending on their level.

The new nation where possibly most of the game is set is called Pradesh. The country has jungles and mountains of stone. Rural areas are poor, but military bases seem to have a good degree of industrialization and equipment. Some areas of wilderness have ancient ruins that the game doesn't explain.

Some more locations, most likely set in Pradesh:

Some of these are seen for less than a second in the announcement trailer, so details are still relatively unclear. On a different note, it seems like Just Cause Mobile reuses some vehicle designs from Just Cause 4. However, they probably don't share the same models, since the game models would have to be greatly simplified to be handleable to a mobile phone.

Just Cause 3's chaos objects are returning. Chaos objects in JC:M appear to be identical to what they looked like in JC3.

Actual names are unknown. See the gallery below for reference.

The campaign, as one would expect, has a lot of NPCs.

A battle between several people (soldiers?) and a parachuting character.

Some kind of "triple threat" in multiplayer. 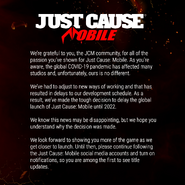 Gallery (screenshots from the first trailer)

Game logo in front of a black background with fire and sparks.

A battle with several types of vehicles.

Players shooting at a sphere tank.

This man is attacked by the players in the trailer. He is possibly the most important villain.

One of the playable characters adjusting his grappler prior to shooting it.

SAMs being launched from trucks, possibly at a group of distant attacking players. If the SAMs in the game really did have as much range as the trailer portrays them, they would be the longest-range SAM in the Just Cause Universe.

Gallery (screenshots from the second trailer)

Rico with a smartphone and different hairstyle... oh my.

How many times are they going to pose?

The players ride missiles on their way to an enemy base. This scene leads to the scene where SAM trucks try to stop them.

This specific scene looks like El Abismo scenes from some of Just Cause 4's trailers, with the bridge, junglish/foresty background and helicopter.

Players have arrived inside an enemy base. The bald enemy boss is standing near that glowing giant machine.

Players posing some more. No such thing as posing too much, eh?

The enemy base explodes. 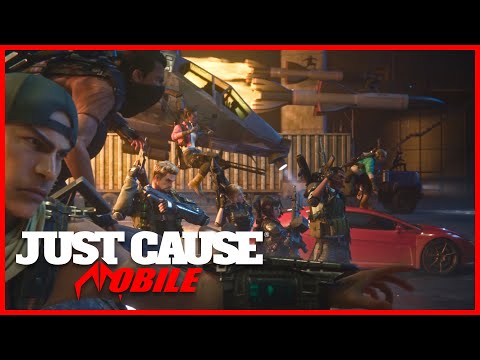 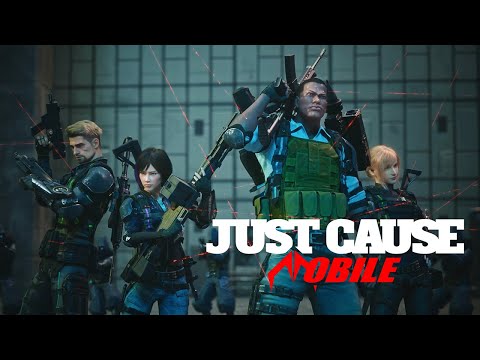 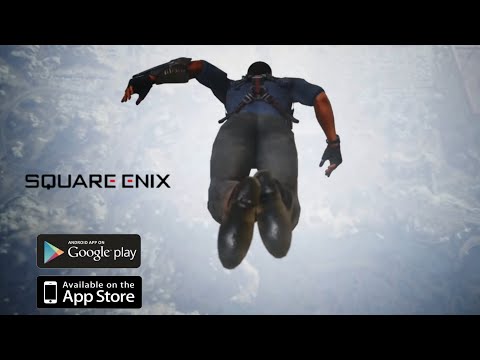 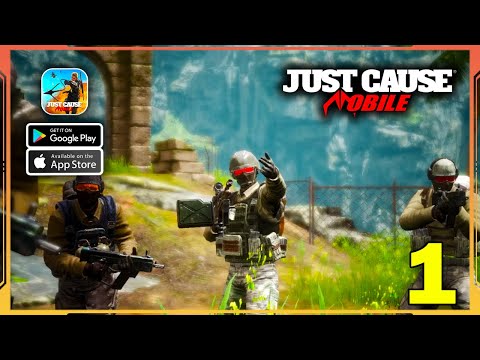