The Just Cause 2 Demo can be launched through the Steam, Xbox LIVE, Onlive, or even Playstation Network.

At first you'll see Rico Rodriguez in a cut-scene at the Reapers HQ. It's the same cut-scene from the Rocket Science mission in the full game, but the discussion has been changed a little. Rico asks the Reapers leader Bolo Santosi for a job - "I hear you are looking for able-bodied comrades". Then they go outside to an H-62 Quapaw, which will extract Rico to the Reapers Hideout in the Lautan Lama Desert. At that point, the player gains control of Rico and is instructed to start earning Chaos points. The player is allowed to freely roam over 75 square kilometers of the Lautan Lama Desert for at most 30 minutes after leaving the Reapers Hideout. There are 14 marked locations to discover; 1 race (Desert Dash) and 1 mission (Can I get a Witness) to complete in that time. When the time runs out, another cut-scene encourages you to buy Just Cause 2.

In the Black Market, the only weapons that can be unlocked are Fragmentation Grenade, Pistol, Submachine Gun, Triggered Explosive and Grenade Launcher and the only vehicles that can be unlocked are the Makoto MZ 260X, Rowlinson K22 and Hedge Wildchild. Items costs are reduced, and significantly fewer parts are needed to upgrade weapons and vehicles. Extraction in this demo is permanently locked without Modifying.

The Just Cause 2 Multiplayer mod does not work for this.

Also, you could get the "World Location Settings" mod, but nothing else is loaded beyond the demonstration boundaries.

This could be your first encountered village.

This version of the game limits the player to this part of the map.

Look at the minimap. The demo game limit is the colorless area. The picture was taken at the Rajang river.

This is what a perfect demo summary would look like.

This is what the map should look like if speed-ran correctly. 4 extra minutes is harder to acquire on decent runs. 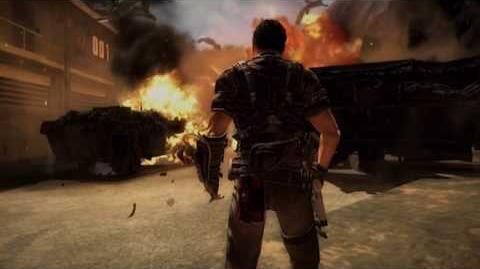