Kampung Negeri Sawah is a village in Just Cause 2.

This settlement is a small but spread out village. Most houses are small and primitive, with straw roofs. There are two different parts of the village, one more southern with most houses in the same area and one northern that only consists of one house and an outhouse. Both parts of the village have a staged up (probably metal) bucket as their water tower that leads to three small taps to provide water.

The location of this village is in the northern part of East Tanah Raya, west of Cape Carnival.

The northern part of the village.

The southern part of the village.

A small Water Tower in the village. 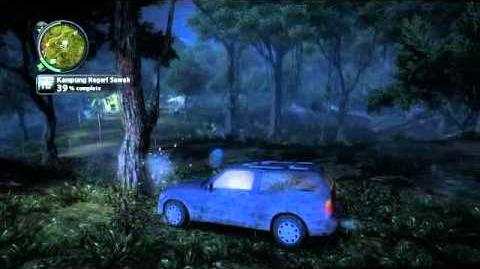