Kem Udara Wau Pantas is an airport in Just Cause 2.

The name means "Fast Kite Airbase" in Malay. It is likely that "Fast Kite" is a reference to the aircraft and how their shape kind of resembles a kite.

It is the biggest military airport, expanding over most of a small island, making the base quite a challenge to complete. There are 2 runways, which cross each other.

The base is surrounded by a jungle. It is connected to the mainland by a long bridge, which spans across the sea like a giant toothpick. This means it is quite possible to have Panauan Military arrive on the scene if you try and complete the base.

The buildings vary in size and stretch across the base, while vertical Fuel Depots can be seen from one runway. This is not the only settlement on the island, as a Communications Outpost, Tanah Raya Timur Mu, resides here as well.

Landing at this airport is extremely easy. No obstacles are making landing difficult (unlike most airports in Just Cause 2) and both runways are widened at the sides with concrete paving making landing any aircraft here easy.

Most, if not all vehicles there, have jungle camouflage. Note that the military aircraft will never take off again if you complete the base to 100%. The Bering l-86DP spawns at only 2 airports and taking them over will remove the aircraft from the game.

The base has at least 10,000 Chaos points overall, but there are probably thousands more. Many opportunities lie in wait here. A lot of Fuel Depots are situated in groups across the base and some rarer chaos-rewarding objects, like transformers, are here as well.

As this is one of the bases that spawns a Bering I-86DP, it is recognized as quite a strategically important place for the Panauan Military. All the better to destroy, lah!

It is the only airport to spawn all 3 military airplanes. It is also the only place with a green G9 eclipse.

For Rico, the base provides a strong foot-hold within the region, especially if you complete the base, therefore rendering the base uninhabited. Additionally, this means that planes will no longer take-off (or land) from this airport. As the G9 Eclipse is the fastest plane, excluding a fully upgraded Pell Silverbolt 6, you can get around a lot easier.

Although the Bering isn't very useful, it can still be amusing. For one, it makes the biggest crash explosion in the game, matched only by the Aeroliner 474. That is very useful when crashing into large chaos-causing objects, such as Gas Holders or Fuel Silos. It could maybe be used to take out 4 of the gas pumps at Gas Stations. Also, once the jet engines are activated during take-off, it's powerful enough to toss an AH-33 Topachula across the runway.

The base is one of only three locations that spawns an SV-1007 Stonewall, the rarest armored car in the game. This armored car is extremely useful for destroying any destructibles dotted around the base.

This base is the only one that spawns the top 4 toughest land vehicles in the game, in descending order: The SV-1007 Stonewall; GV-104 Razorback; URGA-9380 and Saas PP30 Ox. The SV-1003 Raider is not included as it is identical to the Stonewall but just with a different weapon.

One more fun thing to do is to drive a car directly in front of the runway. Wait and watch the planes collide with the thick wall of metal! You could try arranging the cars in such a way they will force the plane into a nearby hangar. Either way, usually the end result is a plane veering wildly out of control and careening into nearby buildings. As is the nature of the scripts attached, the planes will keep accelerating, as if they are on the runway. Eventually, they will despawn, either after time or if Rico leaves the area.

This is also the only known military facility to summon two Sivirkin 15 Havocs for backup.

Main article: Just Cause 2 Bugs and glitches  PC   (probably  All Platforms  ) There is a glitch in one of the base roads where any normal road traffic can spawn. There is one more base on an island somewhere in the south-east that has constant civilian traffic on a dirt road in the base. 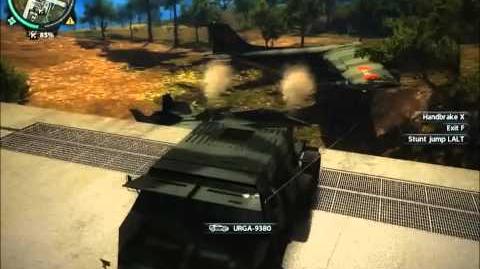 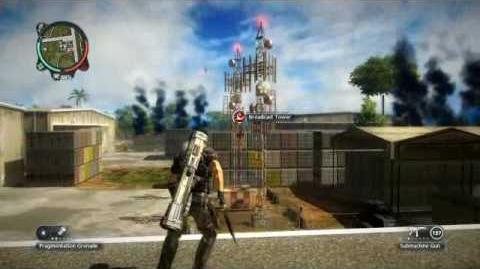 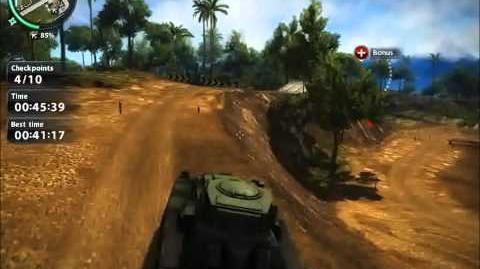 Retrieved from "https://justcause.fandom.com/wiki/Kem_Udara_Wau_Pantas?oldid=161690"
Community content is available under CC-BY-SA unless otherwise noted.