Liberations in Just Cause (1)

It's the act of freeing one of four types of San Esperito settlements from opposing forces. Once "liberated", new side missions become available at the settlement, usually offered by a person standing where the final objective was located. Note that the relevant NPC cannot be killed. If rammed by a vehicle he will just stand up. Liberations can only be initiated in unstable provinces.

To initiate a liberation, speak with the Guerrilla or Rioja soldier standing near the entrance to the settlement. The soldier will usually be sheltered by a makeshift shack with a table or chair, or be hiding behind lots of foliage and a rock.

What you need are guns and Grenades.

Keep moving throughout the battle and don't try to kill all the enemies yourself. Don't get too far away from the liberation or it will automatically fail the liberation. The Guerrillas/Riojas will take a lot of them on themselves. Liberations can all be done at running pace. In fact you have to run to keep the enemy from being able to concentrate too much fire on you. If it looks like Rico might not make it, look around for First aid kits. Your enemies will often carry them and they can be picked up from dead enemies, just like their weapons. Your Holdt R4 Pitbulls can be useful in close quarters as a last resort.

Use the grenades only against the Roadblocks and keep an eye on both your own and the roadblocks health bars at the top of the screen. There's also a separate progress bar for the whole liberation event. If you run out of grenades, you can always pick them up from dead enemies and/or return to the starting location and refill your ammunition. Although there should be enough grenades lying around.

If you don't kill enough of the enemy soldiers and don't take out the roadblocks, or otherwise gets too far from the site (like getting too high in a chopper), the Guerrillas/Riojas will lose and the mission fails, but it can be restarted anytime by talking to the relevant NPC.

Another way is to use an attack helicopter. The best suggestion is the Jackson Z-19 Skreemer, as it has reasonable firepower and can withstand one rocket (others are destroyed if a rocket hits them).

You need to be extra careful when liberating Nuevo Estocolmo, unless you've done the mission Broadcast News first, as the SAM sites at the nearby radio station will shoot at you. Just keep moving and spray bullets at ground units when flying low. Alternatively, spamming rockets can be a good idea, but remember that the SAMs must be taken out. Even then, enemy missile choppers will spawn (the Chimera and Hammerbolt are the most dangerous ones, as they launch 4 rockets at once, blowing up even a Ballard in a single hit). They can be dodged via the ascent/decent controls of the chopper.

Don't think that with villages and cartel villa liberations that using choppers will be easy. No SAM sites doesn't necessarily mean you can constantly use helicopters with the small chance of it being downed out of the sky. The military, police, and Montano Cartel don't have rocket launchers, but later in the game, the Montano Cartel will starting bringing in their fleet of Delta 5H4 Boxheads, and even though it is lightly armed, it is able to knock down any helicopter with two hits anywhere. However, using the Boxhead means that you can move around with speed and swiftness. The other option would be to use a bulky and sluggish attack helicopter in game like the Walker AH-16 Hammerbolt or Delta MAH-15 Chimaera, but these helicopters, while helpful, are also extremely dangerous if used against you. These helicopters can withstand considerate amounts of damage from bullets but can be destroyed by one well placed rocket shot. Ultimately the best helicopter to use is your personal preference, the one that suits you most.

The taking of a government-controlled settlement with the guerrillas, will contribute to control of a province, provided it is politically unstable. The taking of a village adds roughly a third towards control, a military base roughly two thirds and a side-mission around a sixth. Taking of a town or city will gain instant control of that province, regardless of other settlements. Not all settlements in a province are required for control, however, because once control is gained, all settlements will become Guerrilla controlled. For example, if one were to take Nuevo Estocolmo, a city, all other settlements and bases in La Perdida will fall under guerrilla control. Liberating cities and towns in any province automatically liberates the entire province.

These are the most common liberations. They are started by talking to the guerrilla, standing at the entrance to the village. This will start a sequence in which, while fighting off either San Esperito Police Department, San Esperito Military, or Black Hand members, you must destroy barricades and take the enemy flag. There are seven parts to these missions:

These are probably the most straight forward liberation missions found in Just Cause. After talking to the guerrilla at the town entrance, you simply have to destroy enemy troops and vehicles until "control has been gained", at which point the flag must again be captured. The military usually deploy more force by means of armored vehicles and heavier weapons. Soldiers defending the city/town spawn at a much greater rate than villages, and later in the game they deploy attack helicopters, but so will the guerrilla. Since only large quantities of enemies must be eliminated, staying inside a chopper, dodging missiles and shooting others down mid-air is a valid option. The only thing that can't be done inside the chopper is capturing the flag.

These are much the same as village liberations in terms of structure, however there are fewer of these. about one per province, throughout the country. They are, however, better defended. These normally have armoured vehicles protecting them, as well as numerous soldiers and SAM sites, preventing easy air assault, so the SAMs must be a priority target, as other than them and attack choppers (a rare sight), most ground vehicles will be helpless against an aerial assailant.

The Rioja Cartel seeks to overthrow their enemies the Montano Cartel. To this extent, they aim to take over all villas throughout San Esperito. These missions are broadly similar to village liberation, with the exception that instead of capturing a flag, a Montano Subteniente must be killed instead. The Montanos are generally weak, as nothing they have will ever withstand a single rocket shot, even after they got better equipment, they have very few forms of effective AA. This means that after gunning down their choppers, Rico can literally sit in his own and mow down the enemies with rockets.

Liberations in Just Cause 3

Liberating has returned in Just Cause 3.

Now a liberation no longer follows a set script of objectives that must be completed within a limited amount of time and in a specific order. Instead, the player can complete the individual tasks (which are listed at the left edge of the screen while Rico is in settlement limits) at any time. The player may even leave the settlement and return any time later.

Just as in JC1 town, city and base liberations, the liberation event ends when Rico replaces the government flag with a flag of The Rebellion. The flag gets a marker on screen when all liberation tasks are done.

Liberations in Just Cause 4

The second requirement is the completion of a region strike. Region strikes are special sidemissions that the player must complete in order to secure a region. Most of the time, they take place in the largest and most important military base in the region. Every region has a unique region strike, although three or four regions share the same type of region strike and the tasks the player must complete in the mission are sometimes the same. For example, there are three regions where the region strike is about submerging rigged vehicles with bombs, but the place where the missions happen are all different.

The third and final requirement is the sufficient amount of squads. When the region strike of an adjacent oppressed region is completed, the player must open the map and advance the frontline in order to liberate the region. However, the player must have enough squad reserves in order to do so. Squads are units of the Army of Chaos. Squads can be gained by obtaining chaos points (details on how to get chaos points are on the linked article). When you have enough squads, the option to advance the front appears. Advancing the front "costs" squads, which is to say you will lose a specific number of squad reserves when you advance the front. Different regions require a different amount of squads to liberate, ranging from 1 to 4.

However, due to the fact that the only settlements that must be directly taken over by the player are military bases where region strikes take place in, there is no longer a need to explore all settlements in Solís. As a result, many settlements can be - and are often - captured without the player even knowing they exist. This is something for which JC4 has been criticized by some players, who feel that no heavily fortified enemy position, or even remote village, should be captured off-screen without player contribution.

DLCs that include taking over certain areas of the map have a different liberation system. 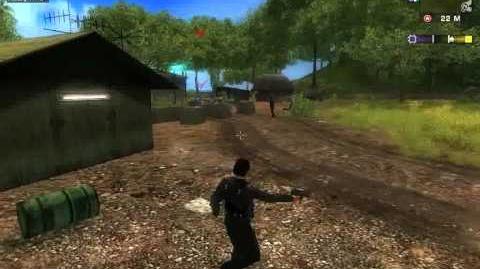 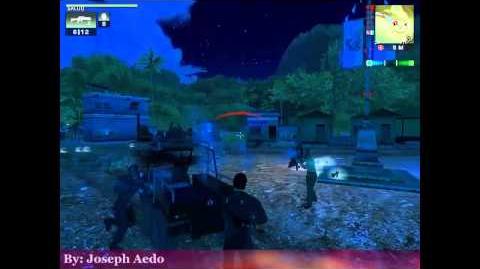 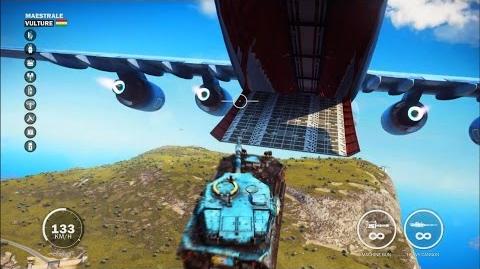