It's revealed in the mission Love is in the Air that her father owns a vineyard at Napa Valley and that Rico has been there.

She and Rico Rodriguez had a short personal relationship some time before the mission to San Esperito, something Tom Sheldon still remains oblivious to, despite Rico's subtle references. That relationship might be the reason why she's less than nice to Rico during most missions in Just Cause, but they start getting along better during the later missions.

Maria Kane has been with The Agency since 1994. She denied several offers to join the Agency until she was eventually convinced. More recently, she is the colleague of Rico Rodriguez and one of the main characters in the series.

She accompanied Rico and Dimah on their mission to Guatemala. This is when she was personally involved with Rico. Their forward operations base was the USS Codetalker.

She appears frequently throughout the Just Cause storyline missions.

Her tasks in Panau:

She is a minor character in the Danger Rising expansion pack. One of the loading screens added by the expansion mentions that she "went dark" years ago.

According to Tom, she was the one who gave him the tip to go check out the dock in the mission Old Friends and New Enemies.

Further details about her and her motivations are revealed in the mission Rogue Agent. To avoid major spoilers go there to read them.

When she's first met. Talking about José Caramicas in the mission Breakout.

In the mission Brothers in Arms.

At the trigger of the mission River of Blood.

At the trigger of the mission Some Like it Hotter.

In the mission Dismissed Without Honors. Talking about the Secret Police headquarters.

At the trigger of the mission Sink the Buccaneer.

Opening cut-scene of Sink the Buccaneer. Notice the strange line on Marias tummy.

At the trigger for the mission Taking Out The Garbage.
Add a photo to this gallery 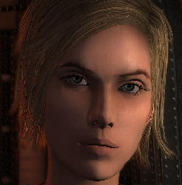 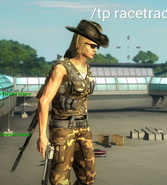 Marias character model in use in Just Cause 2 Multiplayer.

Alongside Tom Sheldon before Mountain Rescue.
Add a photo to this gallery