Mech Land Assault is the second downloadable content in the Air, Land & Sea Expansion pack for Just Cause 3.

It's the second downloadable expansion pack for the game and represents the "land" part of the "Air, Land, Sea expansion pass". On Steam, the DLC is 4.4 GB in size.

It adds the Insula Lacrima island group, which is occupied by the well armed Black Hand. The Black Hand are in possession of a lot of advanced technology and they're planning on something big. It's Rico's job to liberate the area and stop them. Liberating the area also adds a new faction to the game: Former Prisoners of Lacrima/Lacrima Rebels (unofficial names).

See Category:Mech Land Assault for everything it adds.

It's reported here that "The second pack in the Expansion Pass, Land Mech Assault will, will contain another new series of missions that introduce a unique new vehicle that can be carried over into the main game; a heavily armoured mech armed with a gravity gun that allows objects to be picked up and powerfully thrown in any direction. Although the mech is as strong as a tank, it is highly manoeuvrable and agile and behaves unlike anything else in the game."

Quote from here (links were added by us):

"JUST CAUSE 3: MECH LAND ASSAULT, the second content pack from the Air, Land and Sea Expansion Pass will be on sale June 3rd for Expansion Pass Holders, with a wider release to follow on June 10th.

MECH LAND ASSAULT takes Rico Rodriguez to the new island of Lacrima, home to an abandoned eDen research base and a prison camp run by the mysterious Black Hand. Defended by huge powerful Mechs, Rico will need the new Bavarium Power Core rifle to disable their shields and hijack them. Once inside, Rico can use their powerful cannons and the GRIP Gravity Guns to hurl and smash the enemy into pieces.

Insula Lacrima is the region that is added in this new DLC. It's an island group with 4 provinces named: Alvea, Novola, Nebio Nord, and Nebio Sud. It is located north-west of Insula Striate.

See the bottom of the article (below the videos) for a full list of sorted links to all Insula Lacrima locations.

The Mech Assault adds at least 3 more easter eggs to the already 50+ long list of Easter Eggs in Just Cause 3. 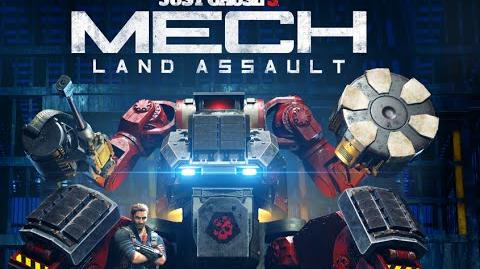 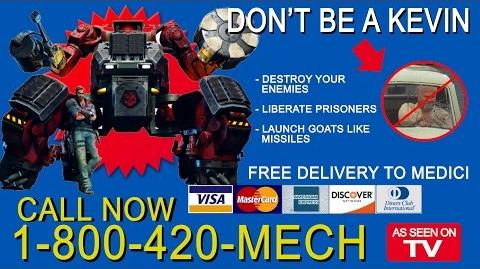 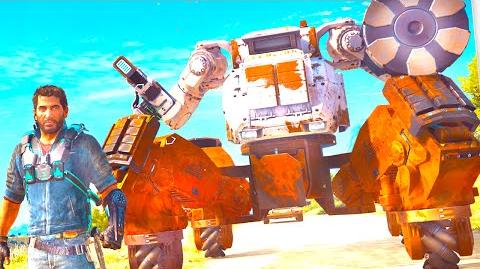