The Rebellion is a faction in Just Cause 3.

It's not known when the Rebellion was initially formed, but it was before the events of Just Cause 3, as can be observed in the first mission Welcome Home where there is already an ongoing battle between the rebels and the military. The Rebellion opposes the Medician dictatorship lead by Sebastiano Di Ravello's totalitarian regime, oppressing Medici with an iron fist. With the help of Rico Rodriguez, the Rebellion eventually manages to push back the military and liberate Medici. Di Ravello tapes reveal that this is actually the second rebellion, after he crushed the first one.

The leader of the Rebellion is Mario, one of Rico's friends from when he lived in Medici.

The faction was reported to be "failing" until the arrival of Rico. The Rebellion utilizes captured military vehicles as well as shotguns and other captured weapons. Based on promotional screenshots, their faction color is light blue.

The Rebellion doesn't have a proper name as such. They're always referred to as "the rebels" / "the Rebellion". Roland Lesterlin called it simply "The Rebellion" in some pre-release interview. The beginning cut-scene in Welcome Home shows Dimah as "Brains of the Rebellion".

The Rebellion HQ in Insula Fonte is Cava de Rebelles. At Insula Dracon it's Grotta Contrabandero. In Insula Striate it's Refugio Umbra.

As seen in the game, they're constantly helping Rico against the Medici Military and D.R.M. soldiers, since they can match these enemies with the stolen military vehicles.

Most rebel vehicles are painted with the insignia over the three stars, shark-like patterns and bull horns (a reference to ancient Medician culture and religion) on the front end, giving them a menacing look and a blue roof. For aircraft, however, these are just painted with a plain light blue and the insignia, giving them a "normal" look.

The Rebellion symbol comes from an ancient Medician religion that worshiped bulls. An ancient temple with a bull altar can be seen on the northern coast of Plagia. The altar has new potted plants around it, indicating recent activity. Another similar shrine with two large bull statues is at the Grotta Contrabandero base.

There's a board with detailed rebel plans on the beach near the aircraft carrier. The same set of plans can also spawn at random other places inside the rebel bases, but when that happens there will be a few rebels standing in front of it and blocking the view. One of the maps shows the location of Medici, but it's incorrectly shown to be several hundred kilometers north of the actual location (as proven by coordinates).

They always have the slogans "Liberar Salrosa" and "Se revoltar" on their vehicles, which could translate into "Liberate the island of devils" and "Revolt".

According to D.R.M. propaganda that is broadcasted from Stria Switzo Propagandas, "Rebels can be identified by their long hair, sunglasses and baseless idealism."

Some of these quotes provide information relevant to the Timeline of the Just Cause universe and to generally interesting Medici/Civilian life trivia that can not be obtained anywhere else. 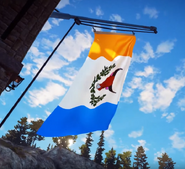 Their flag on a town flagpole, after a town liberation. Presumably this becomes the flag of Medici after Di Ravello is defeated.

Their flag on the side of a Stria Facocero.

On a vertical flag pole, as seen at some outposts.

Drawn by a fan.

Rebellion members arriving at a scene. The vehicle is a Weimaraner W3.

Rico and two rebels on a Stria Facocero. Note the Mounted Gun.

One of their bases at Grotta Contrabandero.

One of their Corvettes.

Standing around one of their cars.

Rico and 2 rebels. The rebels are wearing similar clothing. 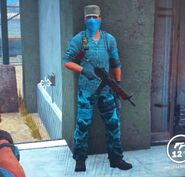 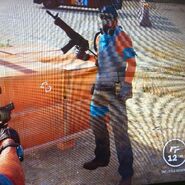 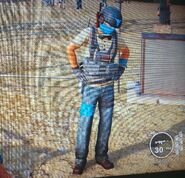 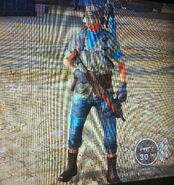 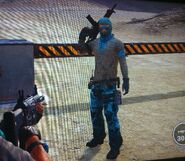 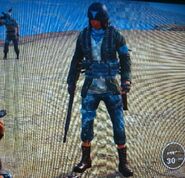 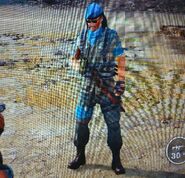 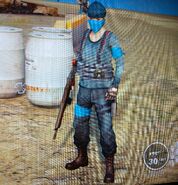 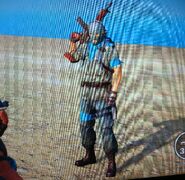 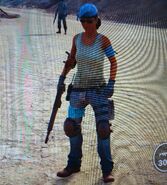 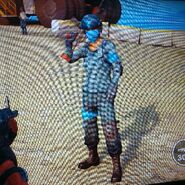 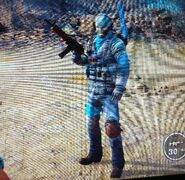 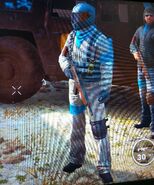 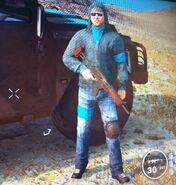 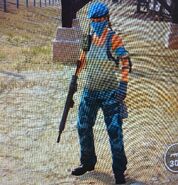 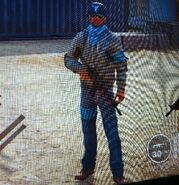 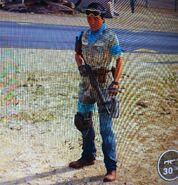 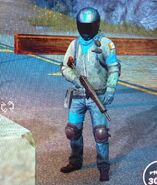 A member of The Rebellion sitting on a Carmen Albatross.

Action and other situations

Rico and Mario on a Stria Facocero. Screenshot from a pre-release version of A Terrible Reaction.

Rico, Mario and Teo in a mission cut-scene.

A captured Stria Obrero ramming through a roadblock of dual CS Odjurs. Seen in a pre-launch gameplay video. 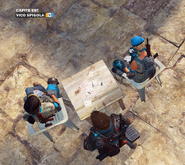 Rebel women playing cards at Vico Spigola. Their scorpion cards of chaos are among the Easter Eggs in Just Cause 3.

Rebel women are very enthusiastic, but not very strong. Either that, or she's very tired. See also: Just Cause 3 Bugs and glitches.

At least a half of the rebel character models at a meeting.

A Urga Szturm 63A hijacked from the Medici Military.

Rico and possibly Annika near some mountain castle.