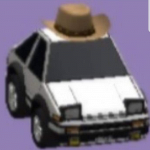 Hi, welcome to Just Cause wiki! Thanks for your edit to the Thread:30517#30525|DLCs deleted themselves page.

I haven't noticed anyone else pointing this out yet, but as a formality it's one of those obvious things that needs to be pointed out before there's any misunderstandings and/or trouble.

You're making a Just Cause game. The thing about that is that the trade mark / copy rights belong to Avalanche Studios/Square Enix. That means that it's probably fine to make and publish the game (because they're known to encourage Modifying and such), but you could never ask money for it. If you want to ask money for it (for example when the game will be on Steam) then you'd need to have a contract with Avalanche Studios/Square Enix and they'd probably take a large percentage of the profits, if they'd even allow it.

But depending on how well it turns out, you could add it to your resume when applying for a job at Avalanche Studios, or something. GMRE (talk) 20:35, November 6, 2016 (UTC)

I was actually thinking of a similar (if not this) concept:
I was starting to wonder if Avalanche might see this as a copy of their Just Cause Game Series (because JC Unity has technically never existed other than an idea) Anonymous230385 Any questions? Wanna talk? 20:45, November 6, 2016 (UTC)

I don't think were gonna have a Pokemon Uranium here, but who knows, if they say anything, I will try and make a deal with them and say they can have as much as they want off the profits, but remember, this is non profit and proceeds will go to paying for premium unity and other things to improve the game. Avalanche/Square, if you see this, hit me up about it. FloatingZygarde (talk) 20:58, November 6, 2016 (UTC)

Something you might want to look at concerning opinions Edit

Maintain article neutrality. Do not definitively say that something such as a weapon or vehicle is relatively good or bad unless you will also explain why that is. Keep in mind that nothing is "good" unless it's good in comparison to others. Anonymous230385 Any questions? Wanna talk? 03:29, November 13, 2016 (UTC)

Yeah i probably should have elaborated and unsure bout the vehicles exploding because rico exited , the Rubber Ducky has poor hull design for a PWC because it is wide and very smooth, thats based on my knowledge of PWCs and other watercraft. FloatingZygarde (talk) 03:39, November 13, 2016 (UTC)

No no no no that's not my point
Some of your edits are very obviously opinionated
Like it says above,
"Maintain article neutrality" Anonymous230385 Any questions? Wanna talk? 03:46, November 13, 2016 (UTC)

Sorry if I edited your profileEdit

Retrieved from "https://justcause.fandom.com/wiki/User_talk:FloatingZygarde?oldid=114702"
Community content is available under CC-BY-SA unless otherwise noted.