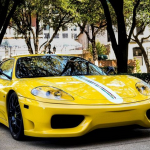 Hi, welcome to Just Cause Wiki! Thanks for your edit to the Thread:18154#4|Ute or Pickup page.

There is a locations section for each vehicle. There, color schemes can be put.

The appearances section is used for real-world similarities to other vehicles. Anonymous230385 Any questions? Wanna talk? 06:09, January 10, 2016 (UTC)

Actually colors should only be listed at locations, if there's a location that dependably provides a specific color. Otherwise color is obviously something to do with appearance. GMRE (talk) 10:26, January 10, 2016 (UTC)

Oh, ok, so only natural colours, non unique.
Thanks for letting me know.

A Reccomendation for your userpageEdit

If you want people to see your 3DT stuff, i'd reccomend putting a link for ease of accessFloatingZygarde 01:51, December 29, 2016 (UTC)

Don't delete them. That is not very nice.

DON'T FORGET THE SIGNATURE WHEN LEAVING A MESSAGEEdit

I believe I wrote that it is likely made by Urga because of Czech naming and it's similarities to the Plechovka. Pure Competizione (talk) 01:50, December 31, 2017 (UTC)

Like I said, likely. I’m not claiming that it is, I’m claiming that it is highly likely because of it’s similar naming system to Urga- no other known manufacturer uses Czech names, and because it looks like it has been built on a Plechovka. Once again, I’m saying likely, and not definitely. Pure Competizione (talk) 21:58, December 31, 2017 (UTC)

Well yes it is Czech naming, but think of it this way
Any company who supposedly made something may or may not have built [this], but if they didn't build it, then that's just stealing copyright
For all I know Kousavá might be a custom weapon made by some tinkerer or something
But your point is definitely noted Anonymous230385 Any questions? Wanna talk? 22:51, December 31, 2017 (UTC)

Don't add normal articles into the Category:Locations. That's the locations main category. It's only meant for other categories and articles that list/sort locations. GMRE (talk) 12:15, February 15, 2020 (UTC)

Not approved. It's so confusingly sorted that it makes no sense. Like the army truck is listed as a type of car and the police car is somehow in the same type as the rubber duck. There's probably more examples of this.

We can't even copy the rebel drop for this, because that too is completely pointlessly dumb. Like how it lists "vintage cars" and "modern cars" separately of the "sports cars", as if sports cars had no age and how there are two completely pointless types "drones" and "rebel support", which should be the same thing because they're both a type of an a.i.-controlled support.

The current situation is perfectly fine where people can find what they want at the automatically sortable tables on the category pages. GMRE (talk) 09:48, March 22, 2020 (UTC)

I did use the Rebel drop as reference, since I'm assuming that's what players would use as reference and its what would be considered official.

Retrieved from "https://justcause.fandom.com/wiki/User_talk:Pure_Competizione?oldid=157832"
Community content is available under CC-BY-SA unless otherwise noted.