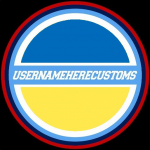 If you want me to investigate something in either of the Just Cause games, just tell me. I'll get right on it.

Looking for something you don't see here? It may have been archived. Feel free to restart a topic if you believe it's necessary.

It's not forbidden to keep it on your userpage, if you like the way it looks, or something, but it's not like someone else would edit your page. And if you suspect that someone has, then user pages also have the page history. GMRE (talk) 16:20, June 17, 2016 (UTC)

Yes I did. It took a year and a half and two failed attempts, but I managed it. Thanks for informing me that it can't be repeated, but I think I'm still going to at least log on and check the wiki every day, despite no badge-related incentive to do so. --UsernamehereCustoms (talk) 16:29, November 15, 2016 (UTC)

Clearly forum pages do count. In fact, some days when I was rushed for time and only had less than sixty seconds, I'd edit my profile to add a letter and remove it. --UsernamehereCustoms (talk) 18:14, November 16, 2016 (UTC)

Retrieved from "https://justcause.fandom.com/wiki/User_talk:UsernamehereCustoms?oldid=108447"
Community content is available under CC-BY-SA unless otherwise noted.